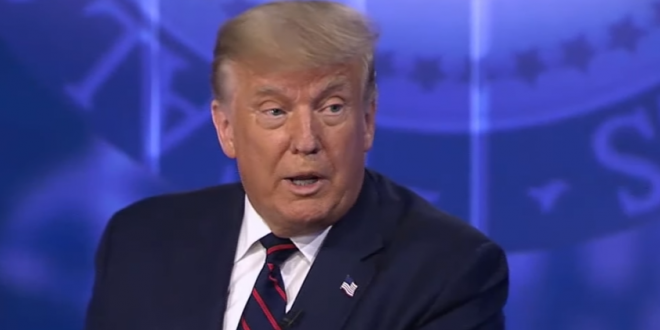 The board of the Trump Plaza condominium complex in West Palm Beach has voted unanimously to remove Trump from its name. The vote comes after a violent insurrection by Trump supporters left five dead in early January. Trump later became the first president to get impeached twice.

Residents of the complex will have to vote on a new name, and they will have until the end of February to send in submissions to the board. Two-thirds of residents will need to vote in favor of the name change for it to go through.

“The Trump brand is damaged, so rebranding the complex is a wise move,” real estate agent Burt Minkoff told the Palm Beach Post. Data shows that’s been true for other Trump-branded properties: In Manhattan, they’ve lost half their value since Trump’s election.

The #Trump name has been dumped from a signature West Palm Beach condominium in the wake of the Jan. 6 siege on the U.S. #Capitol, @acloughpbp reports. https://t.co/zGRA9FdJGQ