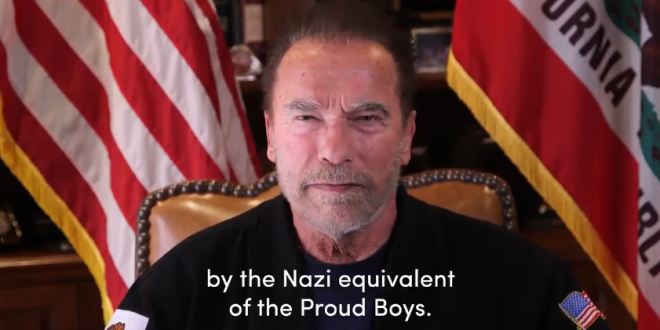 Arnold Schwarzenegger posted an impassioned address to Twitter Sunday morning in which he compared the attempted coup on Capitol Hill last week to the infamous 1938 Nazi attack on Jewish people known as the “Night of Broken Glass” in his native country Austria. “I grew up in a country that suffered from the loss of its democracy,” he said after explaining that the 1938 attack was carried out by a “Nazi equivalent of the Proud Boys.”

My message to my fellow Americans and friends around the world following this week’s attack on the Capitol. pic.twitter.com/blOy35LWJ5