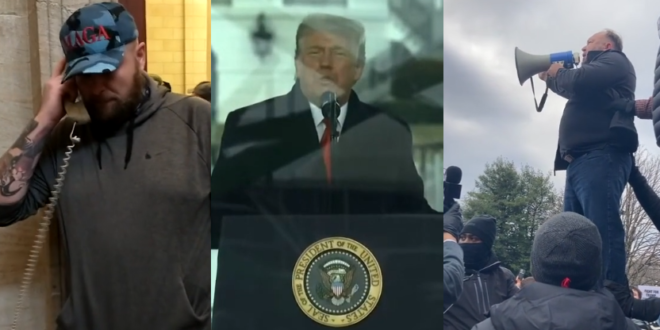 How direct is the connection between what President Donald Trump communicated to his supporters and their actions in laying siege to the U.S. Capitol? Videos recorded by many individuals over the course of the day provide some answers. A portion of these videos have not been seen widely before, including video footage largely from the platform Parler showing how the crowd reacted in real time to some of the most potent lines in Trump’s speech at the Ellipse.

Read the full article for reactions to this video by former federal prosecutors and former Justice Department officials.

The many elements of a democracy include respect for the rule of law, choosing & replacing the govt thru free & fair elections, & the protecting the human rights of all citizens. @just_security provides some video evidence of violation of all of those: https://t.co/Y9PZpQvkAB 1/