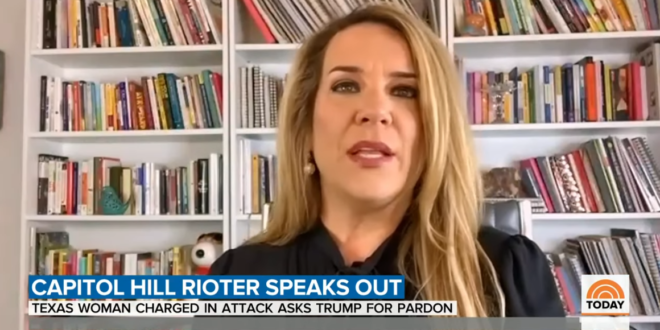 TX “Private Plane” Rioter: I Only Went Because A Cute Guy Invited Me, But He Hooked Up With Someone Else

Jenna Ryan says it all began with an invitation from a “very cute guy” on Facebook: Would she join him on a private plane to the Jan. 6 Trump rally in Washington, D.C.? The decision was easy. Ryan, a Dallas-area real estate agent, is single, loves President Donald Trump and believes the discredited claim that the election was riddled with fraud.

But the trip didn’t have a happy ending. Within 48 hours of her return to Texas, social media posts made by Ryan, who livestreamed herself entering the U.S. Capitol with a mob of Trump supporters, were being shared with the FBI, and she would soon become the target of a federal investigation.

She didn’t get the guy, either. He hit it off with a different woman, she says. “He was adorable,” Ryan said in an interview. “And there was another adorable girl there, too, and they ended up getting together, darn it.”

Read the full article. Ryan says her on-video boast of storming the Capitol was taken out of context. “If you look up the term ‘storm,’ you can storm in the kitchen. You can storm in and say, ‘No more.'” Watch the clip.