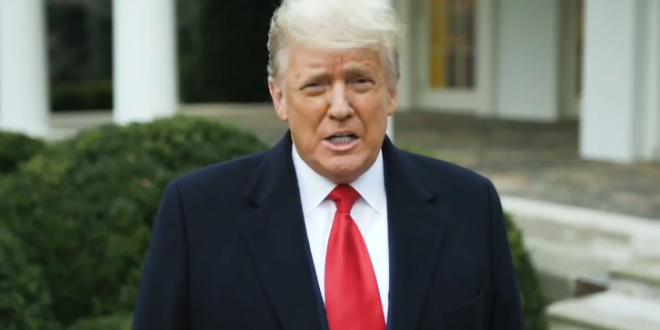 Watch the clip. It’s more incitement, as the flag notes.

“Big protest in D.C. on January 6th. Be there, will be wild!” tweeted the enemy of the United States on December 19.

Donald Trump is 💯% responsible for the appalling violence at the U.S. Capitol today. Shame on him and everyone who still support him!!!pic.twitter.com/OylaVTh8Di