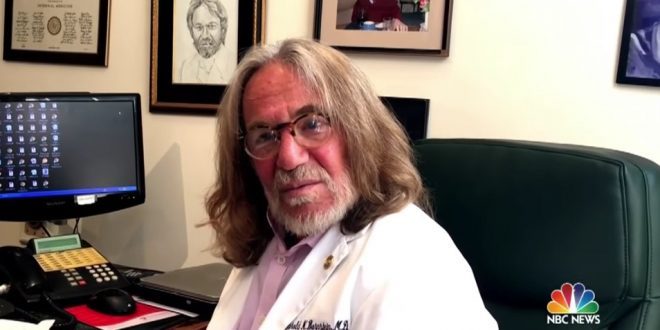 Dr. Harold N. Bornstein, who for a time was President Donald J. Trump’s personal physician and who had attested that Mr. Trump would be “the healthiest individual ever elected to the presidency,” died on Friday. He was 73.

His death was announced on Thursday in a paid notice in The New York Times. The notice did not give a cause or say where he died. Loquacious, hirsute and eccentric, Dr. Bornstein, a gastroenterologist, was Mr. Trump’s personal physician from 1980 to 2017.

When Mr. Trump was elected president in 2016, Dr. Bornstein had hoped to be named White House physician and suggested as much to a longtime Trump assistant. But he was expelled from the Trump orbit after he disclosed to The Times that the president was taking medication to make his hair grow.

“Dr. Bornstein finally said publicly in 2018 what many had suspected all along — that Mr. Trump himself had written the letter saying that he would be the healthiest president ever.” https://t.co/3Htx0EkzPD