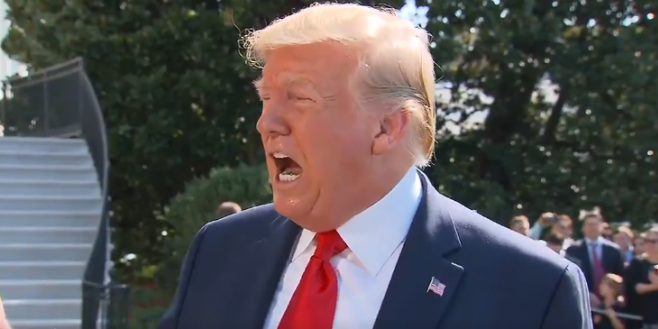 Former President Donald Trump’s five impeachment defense attorneys have left a little more than a week before his trial is set to begin, according to people familiar with the case, amid a disagreement over his legal strategy.

It was a dramatic development in the second impeachment trial for Trump, who has struggled to find lawyers willing to take his case. And now, with legal briefs due next week and a trial set to begin only days later, Trump is clinging to his election fraud charade and suddenly finds himself without legal representation.

Butch Bowers and Deborah Barbier, who were expected to be two of the lead attorneys, are no longer on the team. A source familiar with the changes said it was a mutual decision for both to leave the legal team. As the lead attorney, Bowers assembled the team.

The team, led by South Carolina lawyer Butch Bowers, resigned in part because of disagreements over how to mount Trump’s defense, the sources said. The lawyers had planned to argue the constitutionality of holding a trial given Trump is now a former president.

The disagreements over strategy varied, sources told ABC News, but Trump wanted his team to argue there was election fraud, while the lawyers and some top advisers to the former president wanted the focus to remain on the constitutionality of a trial with the president no longer in office.

“With legal briefs due next week and a trial set to begin only days later, Trump is clinging to his election fraud charade and suddenly finds himself without legal representation.” https://t.co/HC2VHmqiNK

“I NEED YOU TO BE MY LAWYER” pic.twitter.com/0rrO9p8Uys

Trump impeachment attorney Josh Howard, the third lawyer who only recently joined the team, has also left after Trump wanted them to argue about mass election fraud rather than constitutionality, CNN reports.