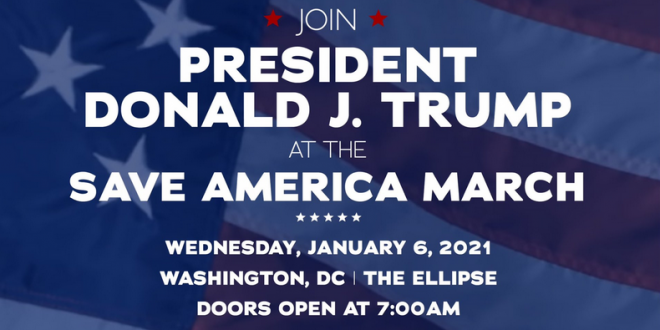 President Donald Trump will personally address a gathering of his supporters in Washington Wednesday as he seeks to rally populist support for his last-ditch efforts to overturn his loss to President-elect Joe Biden.

The White House confirmed Tuesday that Trump will speak at a rally on the Ellipse just south of the White House. The protests coincide with Wednesday’s congressional vote expected to certify the Electoral College results, which Trump continues to dispute.

I will be speaking at the SAVE AMERICA RALLY tomorrow on the Ellipse at 11AM Eastern. Arrive early — doors open at 7AM Eastern. BIG CROWDS! pic.twitter.com/k4blXESc0c

I hope the Democrats, and even more importantly, the weak and ineffective RINO section of the Republican Party, are looking at the thousands of people pouring into D.C. They won’t stand for a landslide election victory to be stolen. @senatemajldr @JohnCornyn @SenJohnThune

Washington is being inundated with people who don’t want to see an election victory stolen by emboldened Radical Left Democrats. Our Country has had enough, they won’t take it anymore! We hear you (and love you) from the Oval Office. MAKE AMERICA GREAT AGAIN!