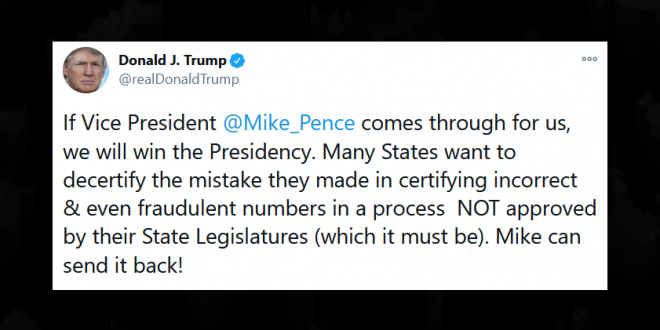 Mr. Trump, in a statement issued by the Trump campaign, claimed he and Pence are on the same page. Pence has not issued such a statement independently.

If Vice President @Mike_Pence comes through for us, we will win the Presidency. Many States want to decertify the mistake they made in certifying incorrect & even fraudulent numbers in a process NOT approved by their State Legislatures (which it must be). Mike can send it back!