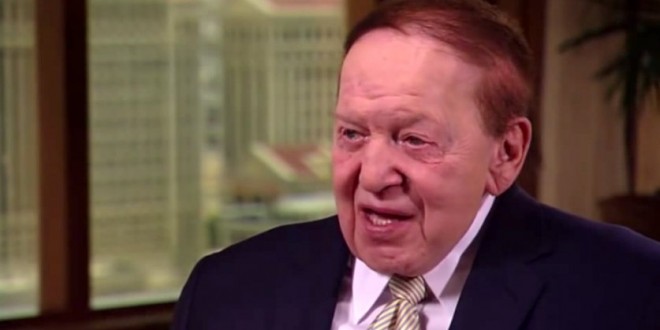 Sheldon Adelson, who rose from selling newspapers on Boston street corners at age 12 to one of the most successful luxury resort developers, philanthropists and political influencers of his generation, died Monday night at his home in Malibu, California. He was 87.

Adelson founded and served as Chairman and CEO of Las Vegas Sands Corp., the world’s largest gaming corporation, from its inception in 1988. He had been on medical leave from the company since Jan. 7 to resume his fight against non-Hodgkin’s lymphoma, which he had battled since 2019.

“It is with unbearable pain that I announce the death of my husband, Sheldon G. Adelson, of complications from a long illness,” his wife, Dr. Miriam Adelson, said in a Tuesday statement provided by Las Vegas Sands.

Previous Collins: At First I Thought The Rioters Were Iranians
Next Alex Azar Won’t Say If Trump Is Fit For Office [VIDEO]