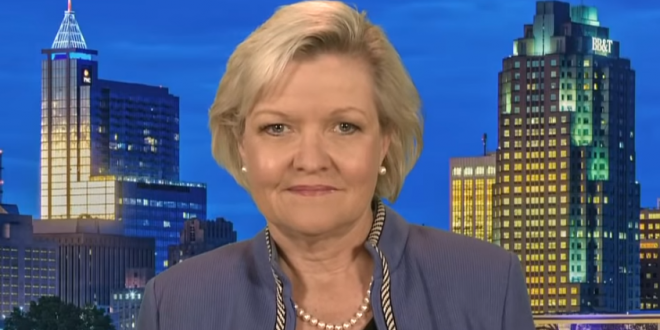 “As you are probably aware, there has been a massive pressure campaign in the last several days mounted by leftist groups via social media and other means against me, my law firm, and clients of the law firm, because of my personal involvement with President Trump, his campaign and the White House, related to the November 3 general election in Georgia. After discussions with my firm’s management, I have decided that it is in both of our interests that I leave the firm.” – Trump lawyer Cleta Mitchell, resigning from the high-profile firm Foley & Lardner LLP after backlash over her role in attempting to overturn the election result.

Previous Pentagon Has 3 Years To Change Confederate Names
Next QAnon Cultist Tells Trump Rally Attendees To Hug Each Other Because “It’s A Mass Spreader Event!” [VIDEO]