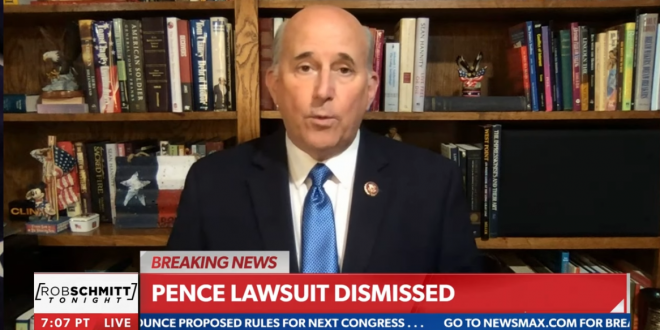 A federal judge has dismissed a lawsuit filed by Rep. Louie Gohmert of Texas and 11 Arizona Republicans that sought to force Vice President Mike Pence to essentially overturn the results of the election and hand it to President Donald Trump.

U.S. District Court Judge Jeremy Kernodle, a Trump appointee, said Gohmert and his fellow Republicans lacked standing to sue. In what was always seen as a far-fetched effort by Trump allies to change the outcome of the presidential race, Gohmert had argued that Pence could unilaterally alter the Electoral College count.

The lawmaker had called on the court to say that Pence, who will preside over the Jan. 6 session to certify the election results, could unilaterally decide whether to throw out some of President-elect Joe Biden’s electoral votes.

The vice president had asked the judge to dismiss the suit. https://t.co/7itzUOy91F

Judge rules “no standing” in my lawsuit to toss fraudulent Biden electors. If I don’t have standing, no one does. When no one ever has standing, what good is a court system? My response on @Newsmax below #SaveTheRepublic #StopTheSteal https://t.co/HLQCM6S5CE

… And the lawsuit filed by Rep. Gohmert and others trying to give Vice President Mike Pence the power to singlehandedly select the next president has been dismissed because, to nobody’s great surprise, they didn’t have standing to bring this kind of case. pic.twitter.com/jUk1LfhjZH

Gohmert: Pence may ‘ignore all electors’ and choose a winner as he sees fit https://t.co/NHlH9niN6o pic.twitter.com/1Ux10lsJ2Y