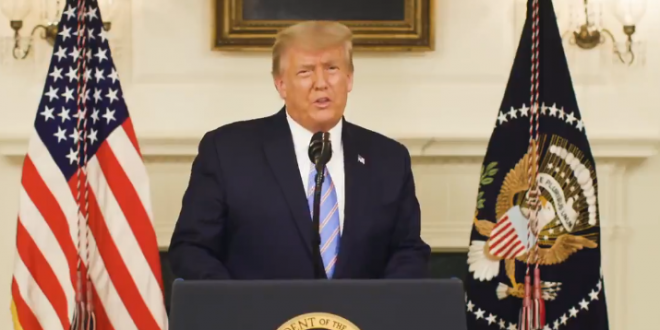 After encouraging his supporters to march to the Capitol on Wednesday, triggering chaos inside the halls of Congress as he sought to reject his loss in the 2020 presidential election, Donald Trump returned to social media after he was frozen from his accounts to call for a moment of “healing and reconciliation.” “Like all Americans I am outraged by the violence, lawlessness and mayhem,” he said in a brief video message.

Trump in new WH produced video calls for “healing” and offers to help with transition to next admin, adding “tempers must be cooled.” (Trump had weeks to send this message but instead incited a riot Wednesday. He doesn’t take responsibility or apologize for his action in video)

BREAKING: Trump is now calling for healing and reconciliation and saying being your president has been the honor of my lifetime pic.twitter.com/7LTRiySKnu

After a day of silence Trump releases video condemning the mob violence and calling for calm: “A new administration will be inaugurated on Jan. 20. My focus now turns to ensuring a smooth orderly and seamless transition of power. This moment calls for healing and reconciliation.”

Trump did not immediately deploy the National Guard yesterday, as he claims in his video. He initially resisted it, according to several people, as CNN, NYT and others reported.