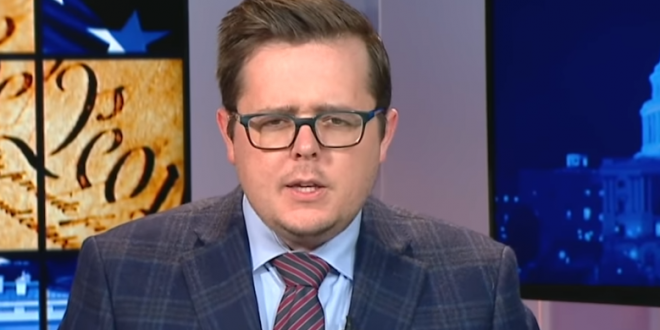 Former Trump campaign adviser Harlan Hill said on Election Night back in November that he would eat his own shoe if President Donald Trump lost.

Significant time has now passed, and President Joe Biden has been sworn into office, putting a definitive end to the pipe-dream that the results of the election would be undone. An appropriate question must now be asked: Will Hill eat his own shoe?

Hill has now apparently backed out of the wager. “Trump won,” Hill told Mediaite when asked if he planned to eat his shoe.

Hill last appeared on JMG in October 2020 when he was banned from Fox News after calling Kamala Harris an “insufferable lying bitch.”

Flashback Friday: Remember When A Trump Campaign Adviser Said He Would Eat His Shoe If Trump Lost? https://t.co/qs5Zo307cD