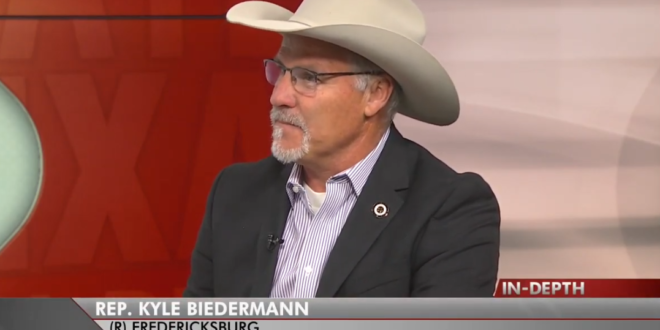 Texas State GOP Rep Files Bill For Secession From US

In Austin, Republican Kyle Biedermann of the Texas House of Representatives, previously best known for dressing up as “gay Hitler,” became the first American legislator in nearly a century and only the second since the Civil War to file a formal bill calling for state-level secession from the United States.

Dubbed the “Texas Independence Referendum Act,” his bill would allow Texans to vote this November on a referendum “on the question of whether this state should leave the United States of America and establish an independent republic.”

According to Biedermann, the bill is not a resolution to allow for immediate independence. Instead, it would give power to the people via referendum to allow the right to discuss, debate and vote on creating a path toward independence. “This act simply lets Texans vote,” said the Texas representative.

“This decision is too big to be monopolized solely by the power brokers in our Capitol. We need to let Texans’ voices be heard! Voters of all political persuasions in Texas can agree on one thing, Washington, D.C., is and has been broken.

Allen West, who leads the Texas GOP, and talk-radio host Rush Limbaugh have also pushed secession to protest the election of Democratic President Joe Biden, and other supporters of former president Donald Trump have called for the potential breakup of the U.S.

Biedermann’s primary ally is the Texas Nationalist Movement, whose leaders gained notoriety for making multiple visits to Moscow as part of the Kremlin’s efforts to interfere in the 2016 election, and TNM head Daniel Miller claims to have received some funding from Russia.

Today, I filed HB 1359, the Texas Independence Referendum Act. For decades, the promises of America & our individual liberties have been eroding. Now is the time for the People of Texas to have the right to decide their own future. #LetTexansVote #Texit https://t.co/VTKosQKGBl pic.twitter.com/X2gDIDjYrv