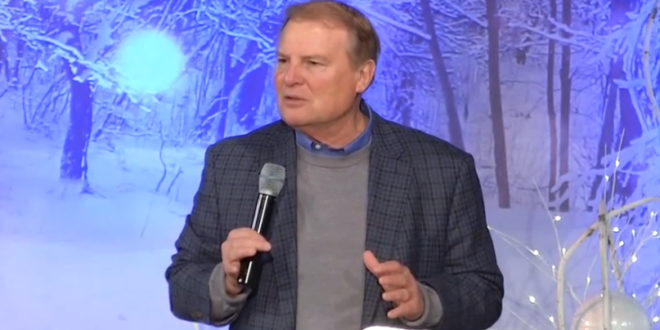 Televangelist Places “The Curse Of God On Those That Stole The Election, I Curse You With Poverty” [VIDEO]

In another apparent clip from the service, Rodgers, who is also president of Word Broadcasting Network in Louisville and co-hosts a Christian program called “Word Alive” with his wife, Margaret, said he was told personally by an angel that Trump would have won the election.

The clip below has 1.1 million views.

Bob Rodgers is a religious, far-right extremist at Evangel World Prayer Church in Louisville, KY. It’s alarming that he’s praying for God to destroy people’s livelihoods because they voted against 4 more years of Donald Trump. This is total BS! 😡 pic.twitter.com/gTSdS5cyMP

Previous Perkins: Things Will Only Get Worse For Christianists
Next Pence Urges Law Enforcement To “Remain Vigilant”: “The American People Deserve A Safe Inauguration”