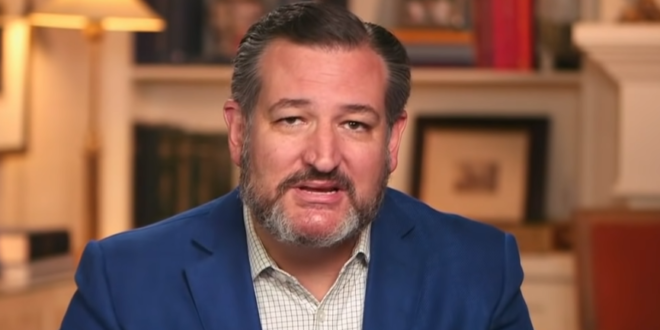 Ted Cruz Pissed That Rioters Rifled Through His Desk

“I think it was a terrorist attack on the Capitol, and it was despicable, and anyone who committed acts of violence should be fully prosecuted and should go jail for a long time,” Cruz told the Washington Examiner when asked about the young men who went through his desk.

Video shot by a New Yorker reporter showed a chaotic scene on the floor of the chamber, and two men dashed over to Cruz’s desk and flipped through his papers. He found Cruz’s prepared remarks to talk about his objection to Arizona’s certification of its electoral votes.

Cruz slams rioters who breached Capitol and went through his desk https://t.co/IP8f5wccnY

“I think [Ted] Cruz would want us to do this, so I think we’re good,” one of the Trump supporters who broke into the Capitol said, as he rifled through the Senator’s desk. Watch footage recorded by Luke Mogelson as he reported on the insurrection. https://t.co/HkNBwOFV1X