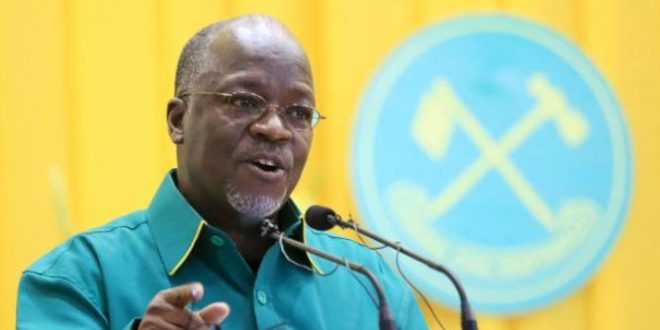 President John Magufuli of Tanzania, speaking to a large, unmasked crowd in the country’s northwest on Wednesday, questioned the efficacy of vaccines and discouraged the Ministry of Health from pursuing doses, saying the shots were not “beneficial” to the East African nation.

Read the full article. Magufuli has promoted an herbal tea as a coronavirus cure. He last appeared on JMG in 2017 when he vowed to arrest gay activists because “even cows disapprove of homosexuality.” Tanzania is majority Christian and Magufuli is Catholic.

Tanzania’s president John Magufuli claimed that ‘vaccines are not good,’ contradicting global scientific consensus and advice from the @WHO https://t.co/8e0KmqfID8 pic.twitter.com/tJS1C5Gg5H