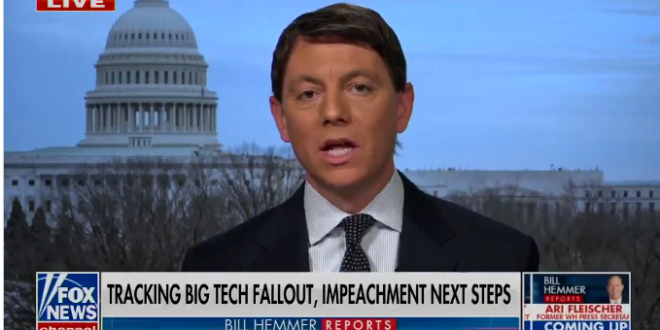 Spox: Trump Is The “Most Masculine” President Ever

Trump campaign national press secretary Hogan Gidley made a rather odd point of defending President Donald Trump’s manliness during a discussion about crackdowns from Twitter and other platforms.

After Gidley previewed Trump’s final few days in office, Bill Hemmer directly asked, “With the social media crackdown, does he feel emasculated? Especially as he heads out of office?”

Gidley actually said this in response: “I wouldn’t say emasculated. The most masculine person I think to ever hold the White House is the president of the United States.”

Previous Trump And Pence Remain Out Of Sight Since Riots
Next Freshman GOP Rep: Another Rep Told Me He Voted To Overturn Result Because He Feared For Family’s Safety