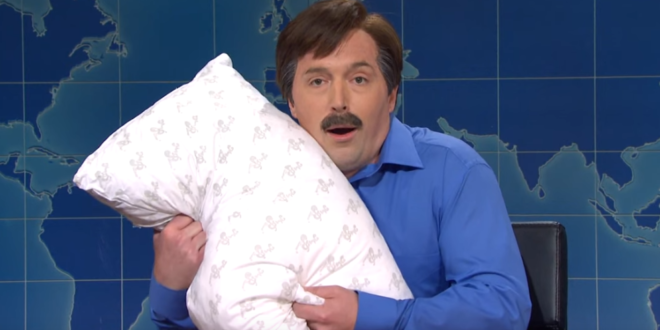 Joining Colin Jost to talk about his exile from Twitter after continuing to push false voter fraud conspiracy theories, Lindell snuggled his MyPillow close as he pushed back on allegations that he helped inspire the Capitol insurrectionists.

“Well, hold on there, Buck-o, I didn’t inspire no insurrection, nobody!” Lindell declared. “I’m just a normal American ex-crack addict turned pillow CEO and adviser to a former president.”

He also swore that he wasn’t really meeting with Trump about “martial law” earlier this month. “I just suggested the military overthrow the government,” he said. “And if that’s not democracy, I don’t know what is!”