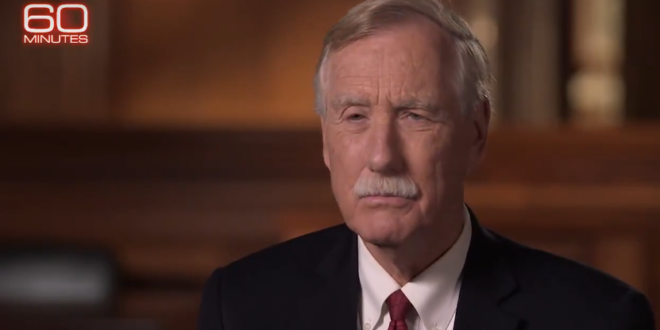 Sen. Angus King (I-Maine) described the possibility of President Trump divulging classified information after leaving office as a “grave danger.” King, a member of the Senate Intelligence Committee, noted that intelligence briefings are typically given to former presidents as a courtesy rather than a legal requirement.

“There’s no upside, there’s no reason he needs to have this information … and I think given his past history of being fast and loose with intelligence data, it ought to be ― that ought to be an easy decision for the incoming president.”