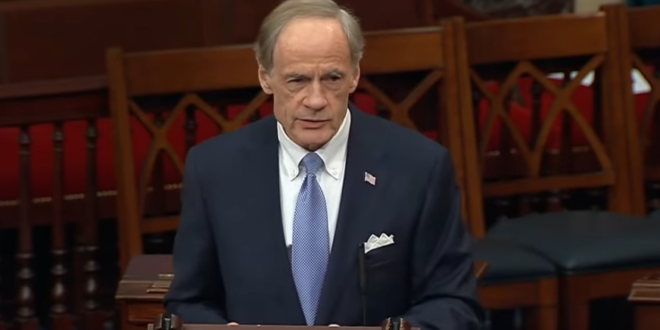 A group of Senate Democrats led by Sen. Tom Carper (D-Del.) reintroduced legislation to give Washington, D.C., statehood on Wednesday, marking the first major efforts to push toward statehood since the Capitol riots earlier this month.

The bill, which was first introduced in 2013, would give citizens of the District full authority over local issues, as well as grant them full representation in Congress.

“This isn’t a Republican or Democratic issue; it’s an American issue because the lack of fair representation for D.C. residents is clearly inconsistent with the values on which this country was founded,” Carper said in a statement.