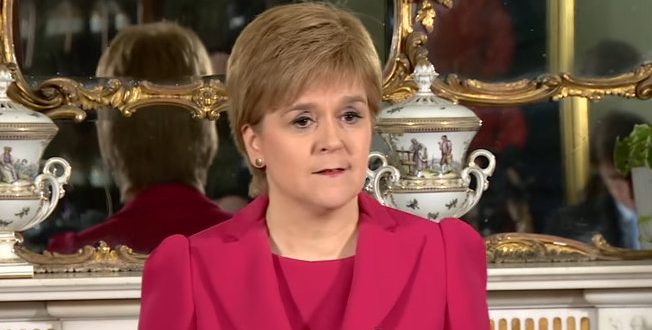 Scottish Leader To Trump: Don’t Even Try To Come Here

Speaking at Tuesday’s daily coronavirus briefing, Ms Sturgeon said that she “has no idea what Donald Trump’s travel plans are” but that she hopes that the only immediate plans he has are to exit the White House. She went onto say in her answer: “We are not allowing people to come into Scotland, without any central purpose right now, and that would apply to him just as it applies to anybody else and coming in to play golf is not what I would consider to be an essential purpose.”

The White House has repeatedly refused to say what the outgoing president will do when Mr Biden is inaugurated on 20 January, prompting speculation about whether Mr Trump will attend the ceremony. But Prestwick Airport has been told to expect the arrival of a US military Boeing 757 aircraft previously used by Mr Trump on 19 January, according to the Sunday Post. On Monday, Mr Trump declared he would “fight like hell” to hold on to the presidency.

FM @NicolaSturgeon is asked about reports that Donald Trump could be planning to travel to Scotland.