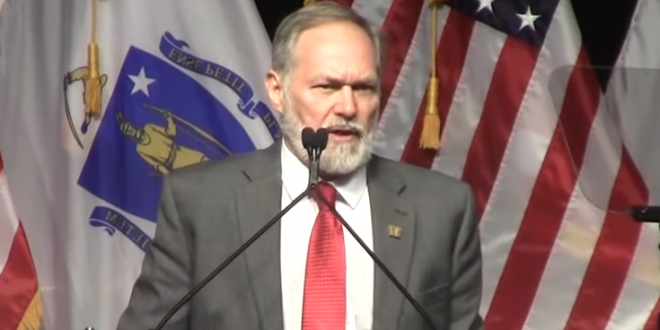 “He defied God on a fundamental tenet of the Bible and never repented of it. If Donald Trump was, as I believe, God’s man in the White House for four years, why did God not preserve it?

“Because if God had given him favor, nothing that mankind could have done could have removed him from that office.

“And yet the one thing that he did during that time that would virtually guarantee God’s favor being removed was to put his own personal stamp of approval on behavior that God condemns in the harshest possible terms in the Bible, which is specifically male homosexuality.

“Trump fully endorsed and backed and applauded [Richard] Grenell, an outspoken advocate for the central doctrine of the progressive movement, which is queer theory.” – Hate group leader Scott Lively.

Lively last appeared on JMG when he blamed JMG readers, in part, for the advent of “cultural Marxism.” Before that we heard from him when he declared that he’d rather be beheaded than wear a face mask.

Previous Biden To Phase Out Federal Use Of Private Prisons
Next In First Call With Putin, Biden Presses Him On Hacking, Navalny, Ukraine, 2020 Election, Bounties On US Troops