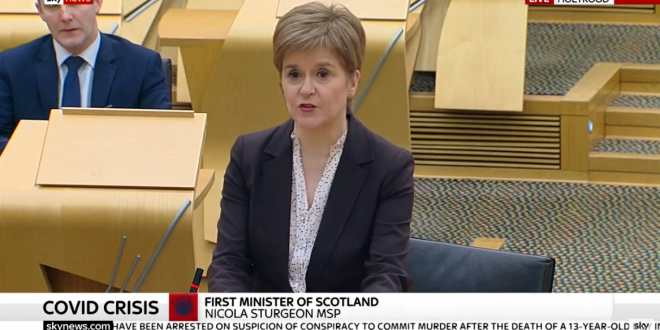 Scots are to be ordered to stay at home amid a fresh Covid-19 lockdown which will see schools remain closed to pupils until February. First Minister Nicola Sturgeon said new curbs would be introduced at midnight in a bid to contain the new, faster-spreading strain of the virus.

New laws will require people to stay at home and work from home where possible. Outdoor gatherings are also to be cut back, with people only allowed to meet one person from one other household.

Places of worship are to be closed, group exercise banned, and schools will largely operate via online and remote learning until at least February. These rules will apply across the Scottish mainland until at least the end of January, and will be kept under review.

“We have decided to introduce, from midnight tonight for the duration of January, a legal requirement to stay at home”