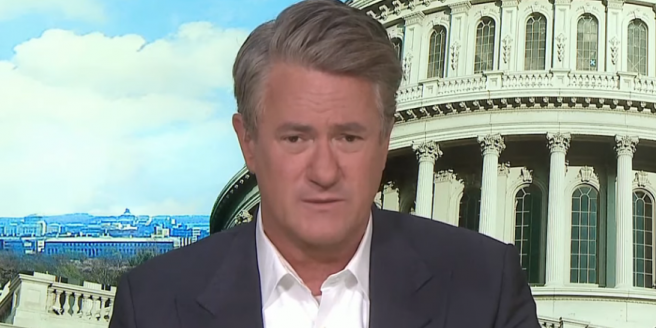 “Are we a nation of laws? Are we a nation of one man? That’s insurrection against the United States of America and if Donald Trump Jr., Rudy Giuliani and Donald Trump are not arrested today for insurrection and taken to jail and booked — and if the Capitol Hill police do not go through every video and look at the face of every person that invaded our Capitol and if they are not arrested and brought to justice today — then we are no longer a nation of laws and we only tell people they can do this again.” – MSNBC host Joe Scarborough, this morning.

Joe Scarborough calls for the immediate arrest of Trump, Giuliani and Trump Jr. for insurrection against the United States pic.twitter.com/4z5CPjATwQ

Previous Giuliani Condemns Rioters After Egging Them On
Next Perkins: Everything Sucks For Conservative Christians