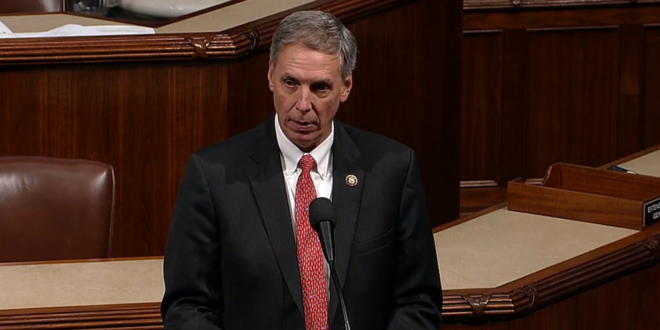 The South Carolina Republican Party voted to censure Rep. Tom Rice (R-S.C.) for his vote earlier this month to impeach former President Donald Trump in a rare rebuke of one of the party’s own lawmakers.

The censure formally condemns Rice for his surprise vote to impeach Trump over his role in inciting the violent mob that attacked the Capitol on Jan. 6, which led to the deaths of several people.

Rice’s vote to impeach Trump came as a shock to Republicans given that he had not been vocal in his criticism of Trump throughout his four-year presidency and supported Trump’s 2016 and 2020 campaigns. He is now expected to face a primary challenge next year.

Previous Canada Imposes Stricter Travel And Quarantine Rules
Next FBI: Rioters Had Maps Of Tunnels Beneath US Capitol