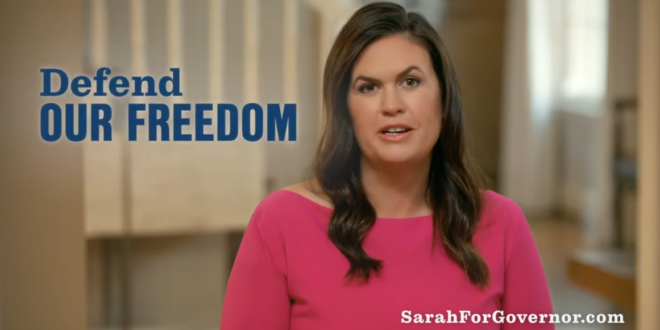 Former White House press secretary Sarah Huckabee Sanders formally announced on Monday that she will run for governor of Arkansas. In a video message posted to her campaign website, Sanders invoked threats made against her life during her time in the Trump administration in an appeal to voters in the deeply red state.

“To remain free, we must have law and order and resolve our differences peacefully,” Sanders said. “The radical left’s solution is to impose government control and censorship from the top down. As governor, I will defend your right to be free of socialism and tyranny, your Second Amendment right, your freedom of speech and religious liberty.”