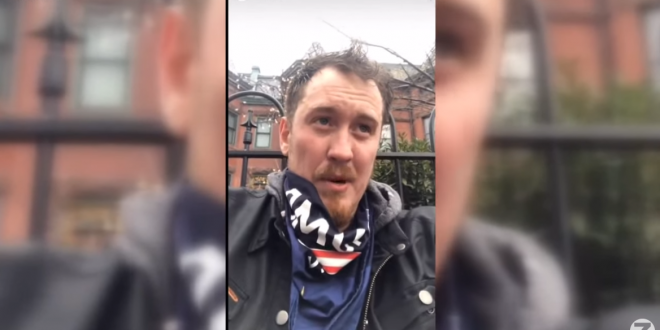 A rioter who was photographed hanging from the balcony of the Senate Chamber has begged for forgiveness, saying he got “caught up in the moment.”

The man—identified by local media as Josiah Colt, from Boise, Idaho—said his actions had been inappropriate and that he had not intended to “stain on our great Country’s Democratic process.” His apology comes after he bragged about his rampage through the U.S. Capitol.

In a video posted on Instagram shortly after his rampage, Colt used a derogatory slur to refer to House Speaker Nancy Pelosi and called her “a traitor.” The 34-year-old also claimed he was the first to sit in the Democrat’s chair, however the seat would have been that of Vice President Mike Pence.

Call us when your sentence is complete, buddy. https://t.co/Cds4TJwbov

@bellingcat this is Josiah Colt. He is from Boise Idaho pic.twitter.com/nsE8v4ECSH

#FBIWFO is seeking the public’s assistance in identifying those who made unlawful entry into U.S. Capitol Building on Jan. 6. If you witnessed unlawful violent actions contact the #FBI at 1-800-CALL-FBI or submit photos/videos at https://t.co/NNj84wkNJP. https://t.co/ZmM6SRHP1I pic.twitter.com/vJQnUBmvRI

Previous Christian Site Celebrates DC Riot By “Patriotic Army”
Next REPORT: Rioter Died After Tasering Himself In The Balls