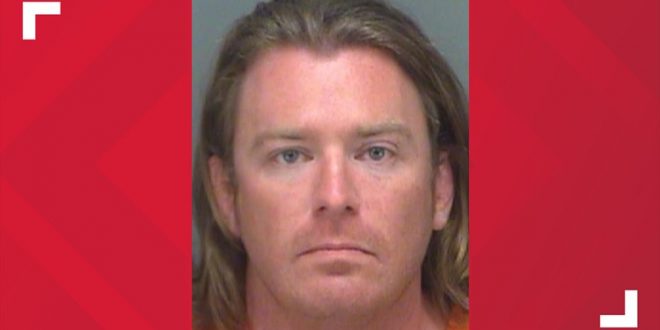 Florida resident Adam Christian Johnson, the man captured in viral photo carrying Speak Nancy Pelosi’s lectern from House chambers during the riot at the U.S. Capitol on Wednesday, has been arrested. Johnson, 36, was booked into the Pinellas County jail on Friday night.

According to jail records, he is being held is being held on a federal warrant. The FBI was searching for Johnson, who was quickly identified on social media by local residents in the viral of him carrying the lectern during the mob violence at the U.S. Capitol on Wednesday.

The beaming blond man depicted in a viral photo carrying House Speaker Nancy Pelosi’s lectern during the storming of the US Capitol is a dad of five from Florida with a history of cocaine and marijuana arrests, according to records and reports.

Johnson was captured in a blue Trump hat and an American flag scarf smiling and waving at Getty Images photographer Win McNamee — who snapped the pic — as he carried the lectern bearing the official seal of the speaker of the House.

Behind him, thousands of rioters were ransacking the Capitol after overtaking police and breaking windows to breach the famed dome during a joint session of Congress to certify Electoral College votes for President-elect Joe Biden.