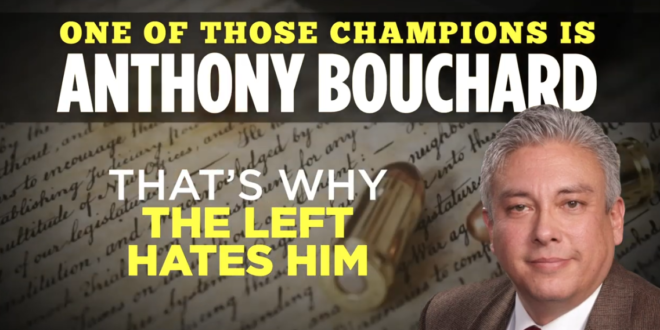 Rep. Liz Cheney, R-Wyo., one of the top Republicans in the House of Representatives, has a primary challenger for the 2022 election after voting to impeach President Donald Trump.

Wyoming state Sen. Anthony Bouchard threw his hat in the ring, according to a statement of candidacy filed Wednesday with the Federal Election Commission. Bouchard has represented District 6 of Wyoming since 2017, according to Ballotpedia.

“I expect Never Trumpers to do this stuff. But Cheney should be run out of town, and back to Virginia for joining the blame game!” Bouchard wrote on Facebook in January after Cheney’s impeachment vote.

The screencap above is from an attack ad run by Bouchard in the 2020 election.