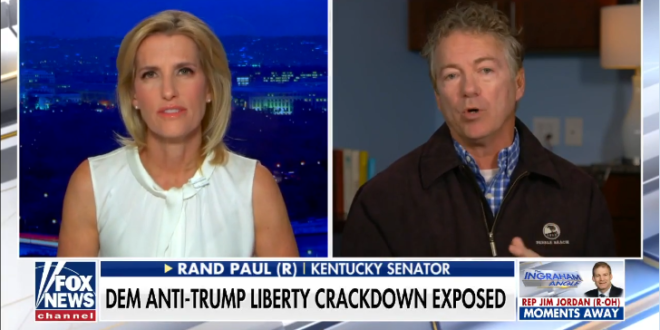 Sen. Rand Paul warned of a mass exodus from the Republican Party if GOP senators come together with Democrats to convict President Trump in a second impeachment trial, even after he leaves office next week.

The Kentucky Republican told Fox News host Laura Ingraham that he believes one-third of the party will leave if Trump’s conviction comes to fruition. Paul added that he believes the second impeachment is “purely a partisan thing.”

“I didn’t agree with the fight that happened last week. I voted against over-turning the election,” Paul said Friday night. “But at the same time, the impeachment is a wrongheaded, partisan notion. If Republicans go along with it, it will destroy the party. A third of the Republicans will leave the party.”