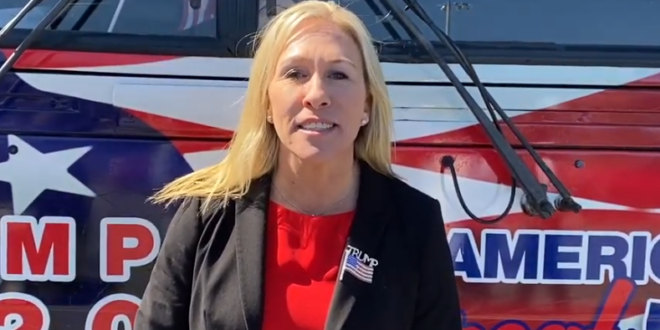 Republican Rep. Marjorie Taylor Greene has removed dozens of Facebook posts from 2018 and 2019 in which she endorsed fringe conspiracy theories and repeatedly indicated support for executing prominent Democratic politicians. Searches of Greene’s Facebook show the posts from 2018 and 2019 have been removed. Links saved by CNN’s KFile during a review of hundreds of posts and comments from Greene’s Facebook page are no longer available.

Greene is facing backlash for her conspiratorial social media posts after CNN reported she indicated support for executing prominent Democrats in Facebook comments and videos. The freshman congresswoman from Georgia also deleted videos she posted on Facebook Live where she said House Speaker Nancy Pelosi is “guilty of treason” and that she will “suffer death or she’ll be in prison” for her “treason.”

Marjorie Taylor Greene has begun systematically removing social media posts amid scrutiny of past controversial comments about executing Democrats and backing conspiracy theories. Most of 2018 and 2019 is gone from her Facebook. https://t.co/c4ZEgQf4LV