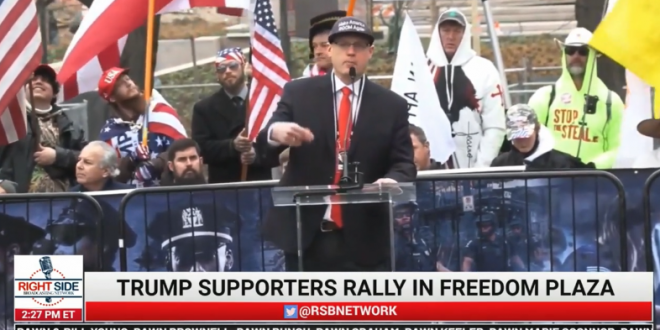 Clark, you’ll be utterly shocked to learn, is a leading QAnon nutbag and has been praised repeatedly by Kraken lawyer Lin Wood in recent days. Last year he sued the city of Tulsa over its mask mandate.

🎯👀Patriots👀🎯 – During “A Fireside Chat” with Lin Wood episode 3, Clay Clark literally gave out his cell phone number so listeners could text him and he would provide evidence. He sent links to Sidney’s binder (will link below) and this link:https://t.co/FSbhVblXb2