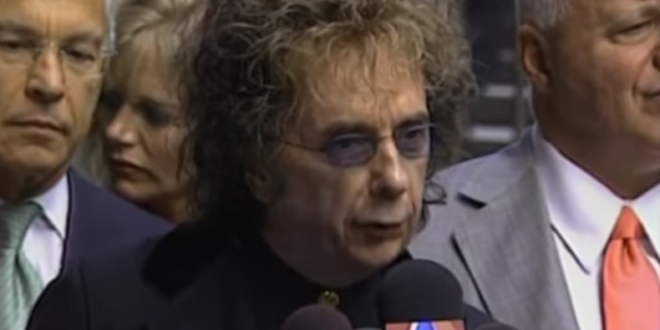 Phil Spector, a monumentally influential music producer whose “Wall of Sound” style revolutionized the way rock music was recorded in the early 1960s, died Saturday at the age of 80.

Spector’s life was tumultuous and ultimately tragic; as groundbreaking as his studio accomplishments were, those achievements were all but overshadowed by his 2009 conviction for the murder of actress Lana Clarkson.

Spector’s death was confirmed by the California Department of Corrections and Rehabilitation, “California Health Care Facility inmate Phillip Spector was pronounced deceased of natural causes at 6:35 p.m. on Saturday, January 16, 2021, at an outside hospital. His official cause of death will be determined by the medical examiner.”

Phil Spector, the famed ‘Wall of Sound’ producer and architect of some of pop music’s most enduring songs whose legacy was marred by a murder conviction, has died at the age of 80 https://t.co/q37V2Bfjvt pic.twitter.com/GNHVvkpHVn