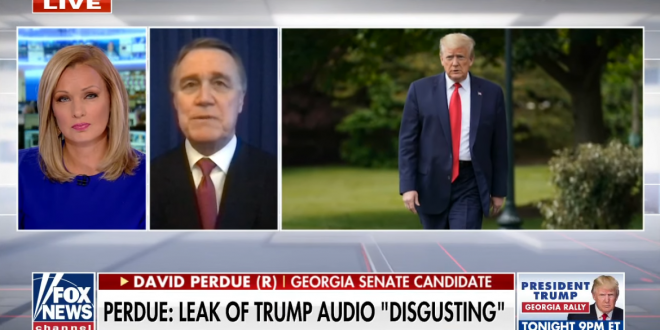 Sen. David Perdue tore into Georgia Secretary of State Brad Raffensperger on Monday for recording a phone call with President Donald Trump over the weekend, calling it “disgusting” to do so. “I guess I was raised differently,” Perdue, a Republican, said on Fox News.

“To have a statewide elected official, regardless of party, tape without disclosing a conversation — private conversation — with the president of the United States, and then leaking it to the press is disgusting.”

“I didn’t hear anything in that tape that the president hasn’t already said for weeks now since the November election calling for some sort of investigation, some sort of resolution to the improprieties and the irregularities that we now see happened in November here in Georgia,” said Perdue, whose Senate term expired Sunday.

“However he said it, what he’s saying is a lot of people in Georgia and 75 million Americans, I think, align with him right now that something untoward happened here in Georgia and we have not gotten to the bottom of it,” Perdue claimed.