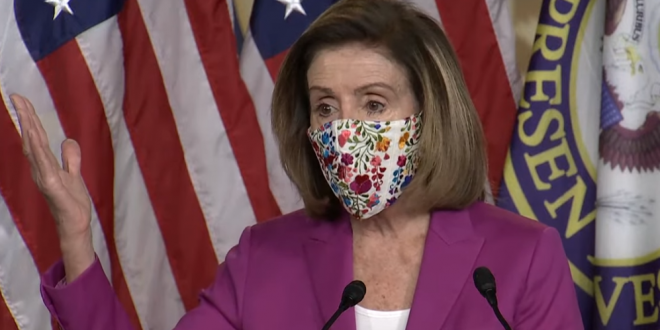 Speaker Nancy Pelosi (D-Calif.) told her House colleagues Friday that she had spoken to the chairman of the Joint Chiefs of Staff, Gen. Mark A. Milley, about keeping an “unstable president” from accessing the nuclear codes.

“The situation of this unhinged President could not be more dangerous, and we must do everything that we can to protect the American people from his unbalanced assault on our country and our democracy,” Pelosi wrote in a letter, in which she also renewed the threat of impeaching Trump if Pence does not initiate proceedings for the Cabinet to remove him under the 25th Amendment.

Pelosi relayed that she and Senate Minority Leader Charles E. Schumer (D-N.Y.) had reached out to Pence following Wednesday’s takeover of the U.S. Capitol by a pro-Trump mob but had yet to hear back.

NEW: Speaker Nancy Pelosi says in a letter to House Democrats she spoke to the chairman of the Joint Chiefs to “discuss available precautions for preventing an unstable president from initiating military hostilities or accessing the launch codes and ordering a nuclear strike.”

NEW: Pelosi says she spoke to the chairman of the joint chiefs about preventing Trump from accessing the nuclear codes.

“The situation of this unhinged President could not be more dangerous.” pic.twitter.com/GItVGehUr9