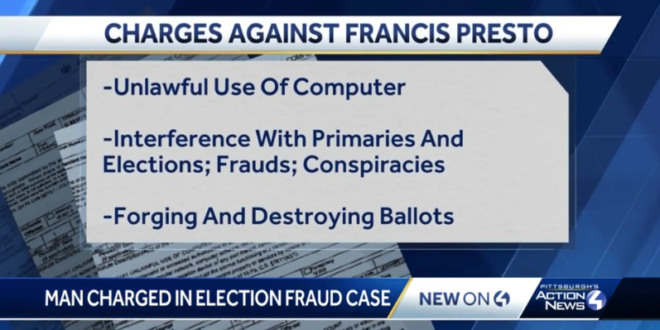 A criminal complaint alleges a South Park man submitted a mail-in ballot for November’s election in the name of his wife who had died seven years earlier.

Allegheny County police said they learned of the crime while investigating an allegation of voter fraud in which Judy C. Presto had voted in the November election, despite having passed away in June of 2013.

Francis Presto is facing several charges including unlawful use of a computer, interference with primaries and elections and forging and destroying ballots. Presto is a registered Republican, but there’s no information on how the ballot was cast.