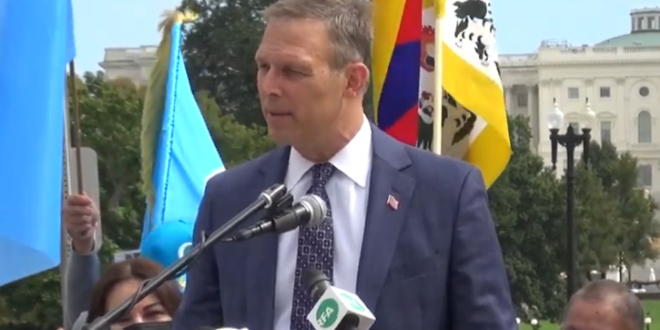 When Representative Scott Perry joined his colleagues in a monthslong campaign to undermine the results of the presidential election, promoting “Stop the Steal” events and supporting an attempt to overturn millions of legally cast votes, he often took a back seat to higher-profile loyalists in President Donald J. Trump’s orbit.

But Mr. Perry, an outspoken Pennsylvania Republican, played a significant role in the crisis that played out at the top of the Justice Department this month, when Mr. Trump considered firing the acting attorney general and backed down only after top department officials threatened to resign en masse.

It was Mr. Perry, a member of the hard-line Freedom Caucus, who first made Mr. Trump aware that a relatively obscure Justice Department official, Jeffrey Clark, the acting chief of the civil division, was sympathetic to Mr. Trump’s view that the election had been stolen, according to former administration officials who spoke with Mr. Clark and Mr. Trump.

The Congressman who helped Jeff Clark devise the plan to interject the DOJ into the Georgia election results, setting off a DOJ crisis, was PA Rep Scott Perry. w @CatieEdmondson https://t.co/Z6bpRpftex

Representative Perry ought to familiarize himself with Section 3 of the 14th Amendment of our Constitution.

There must be consequences for this conduct.https://t.co/09boH490Pv

In the last cycle, Scott Perry, who voted against certifying the election and organized a failed coup, received $10k from PACs for @comcast, @att, @ABABankers, and @NAHBhome. Will they commit to never donating to him again, or are they pro-coup? https://t.co/XzZLZVCbTd

Today in DC should have been about meaningful debate, peaceful protest and the Rule of Law — not chaos and talks of coups. I unequivocally condemn any violence and criminal acts taking place, and pray for a restoration of peace.