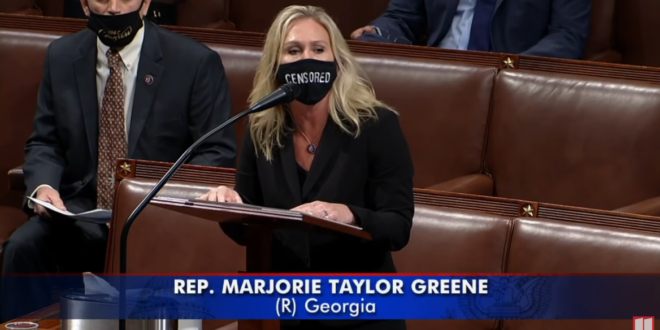 Among the many posts being unearthed amid renewed scrutiny of Marjorie Taylor Greene’s social media history is one in which the new congresswoman implicated “Rothschild Inc” in connection with a deadly forest fire that, she wrote, was started using secret laser beams from space.

In her post, Greene noted that Roger Kimmel, a board member at Pacific Gas and Electric, was also the vice-chairman of Rothschild Inc. Greene also wrote that PG&E had invested in technology to beam solar energy from space down to Earth.

Suggesting that the Rothschild family is conspiring to cause damage for profit is a longstanding anti-Semitic conspiracy theory, and one that is baked into the QAnon mythology.

I have questions about Rep. Greene’s theory that the California wildfires were started by the Rothschilds using a space laser in order to clear land for high-speed rail https://t.co/mZ2nL5luwz

I wish crazy people like this would stop thinking I’m controlling space lasers because I’m Jewish when in truth it’s because I’m GAY and FUN. https://t.co/gMW667VKl7