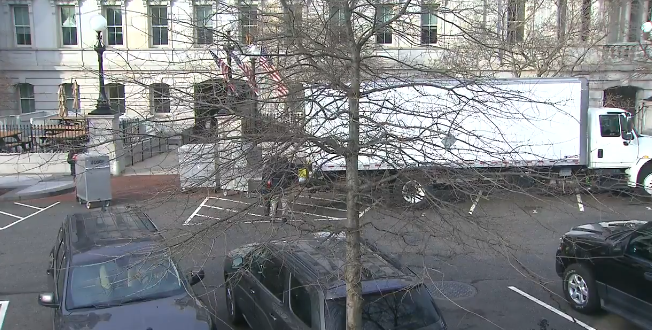 Movers Pick Up Their Pace At The White House [VIDEO]

Four movers were seen unloading pallets of flatpack cardboard boxes outside the Executive Office Building on the White House grounds as the Trump family prepares to leave the executive residence and decamp to Florida.

Furious preparations are underway with just one week until President-elect Joe Biden takes the oath of office and moves into 1600 Pennsylvania Ave. on Jan. 20.

Trump’s movers taking boxes of his tears out of the White House… pic.twitter.com/6r1kty00nq

Moving trucks can be seen outside the White House pic.twitter.com/Mx7CmLhVIo