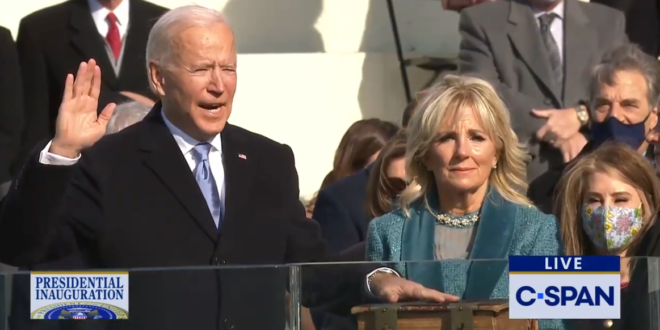 Coverage will begin around 10 a.m. Eastern, with the swearing-in ceremony scheduled for later in the morning on the West Front of the Capitol in Washington. Kamala Harris will first be sworn in as vice president by Justice Sonia Sotomayor.

Shortly before 12 p.m., Joseph R. Biden Jr. will then be sworn in as president by Chief Justice John G. Roberts Jr. The ceremony will feature a musical performance from Jennifer Lopez, and Lady Gaga will sing the national anthem. Garth Brooks is also expected to perform.

Mr. Biden and Ms. Harris, along with their spouses, Jill Biden and Douglas Emhoff, will then conduct a review of the military and visit Arlington National Cemetery to lay a wreath at the Tomb of the Unknowns. They will be joined by three former presidents and their wives.