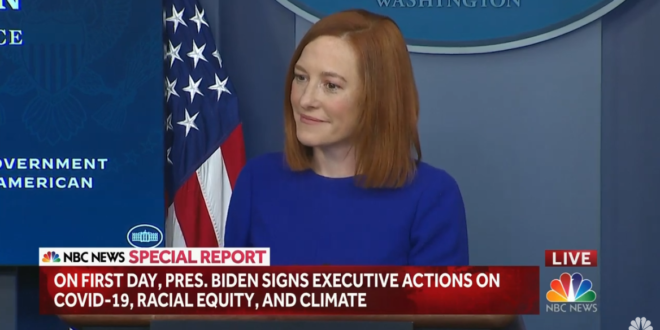 After Joe Biden was sworn in as the nation’s 46th president, Press Secretary Jen Psaki will hold the first White House news briefing under the new administration. With Wednesday evening’s briefing, the Biden administration will resume an activity that fell by the wayside during long stretches of former President Donald Trump’s term.

Trump often eschewed traditional briefings held by his press secretaries, instead choosing to communicate with the media directly or via his Twitter account, which was shut down following the Jan. 6 attack on the Capitol.