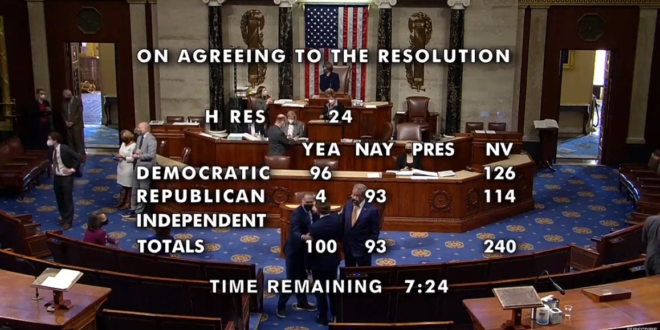 The debate has ended, and the House is voting now on an impeachment resolution that would make Trump the first President in United States history to be impeached for a second time for his role in last week’s Capitol attack. Voting is expected to take between 60 to 90 minutes to complete. The impeachment resolution charges Trump with a a single article, “incitement of insurrection.” The resolution is expected to pass with a swift and bipartisan vote. So far, at least seven Republicans said they will vote for impeachment.