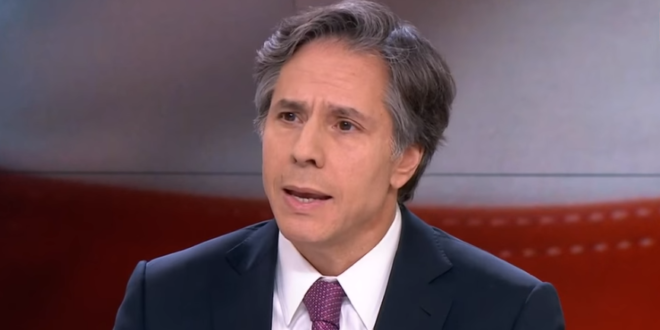 Antony Blinken, President-elect Joe Biden’s nominee for Secretary of State, is appearing Tuesday afternoon before a Senate panel to begin his confirmation process. He’s vowing to restore American leadership on the world stage and work for the “greater good.”

“Humility and confidence should be the flip sides of America’s leadership coin,” he will tell the Senate Foreign Relations Committee, according to his prepared testimony.

Blinken has the resume of a diplomat. A Harvard University and Columbia Law School graduate who went to high school in Paris and speaks French, he served as deputy secretary of state during the Obama administration.