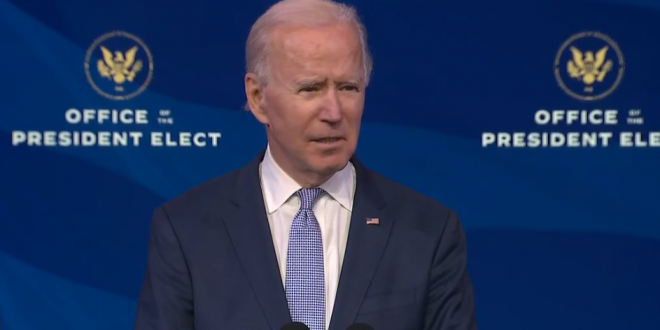 President-elect Joe Biden is slated to deliver remarks on the economy as members of Congress met in a joint session on Wednesday to confirm his electoral win over President Donald Trump.

The session, which is required by law and typically routine, has erupted into chaos in Washington D.C. as Trump supporters clashed with police outside the U.S. Capitol.

In the House chamber, Rep. Paul Gosar of Arizona, flanked by Sen. Ted Cruz of Texas, rose to object to the typically-routine acceptance of electors. Defying Trump, Vice President Mike Pence said Wednesday that he does not have the power to discard electoral votes that will make Biden the next president on Jan. 20.

Perhaps obviously, the speech may not go on as scheduled, but news outlets have readied coverage in case it does. The bottom two clips are live from the Capitol.