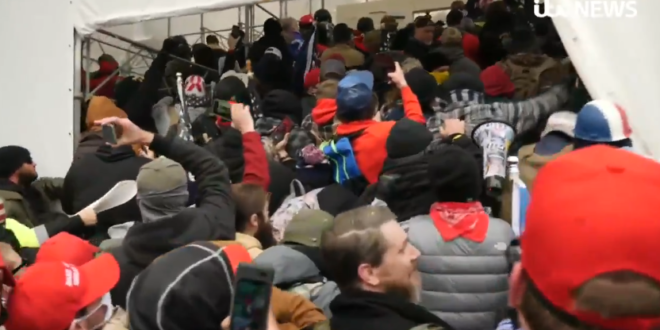 KY Student Nabbed For DC Riot: “IDK What Treason Is”

A University of Kentucky student is facing federal charges in connection to the deadly riot at the Capitol on Jan. 6, including theft of government property.

An affidavit in support of a criminal complaint and warrant for Gracyn Dawn Courtright’s arrest includes several screenshots of posts from Courtright’s now-deleted Instagram and Twitter accounts, including photos of herself at the Capitol.

University of Kentucky student who was at US Capitol during riot now faces federal charges https://t.co/sz67P20Kff

Gracyn Dawn Courtright, you don’t have to know what treason is in order to commit it, kinda like an unexpected pregnancy, you didn’t mean to do it but you know what you’ll be doing for the next 20 years. https://t.co/jwQw2IkkmB

U. of Kentucky student is charged in attack on Capitol. She bragged to a friend on Instagram and got this response. https://t.co/FzBZXZPmje pic.twitter.com/nP7kWfqUV7

“Idk what treason is” pic.twitter.com/D0B14WPqrE

Previous Giuliani: “The Riot Was Pre-Planned To Slander Trump”
Next Melania Won’t Give Jill Biden Traditional Tour Of WH