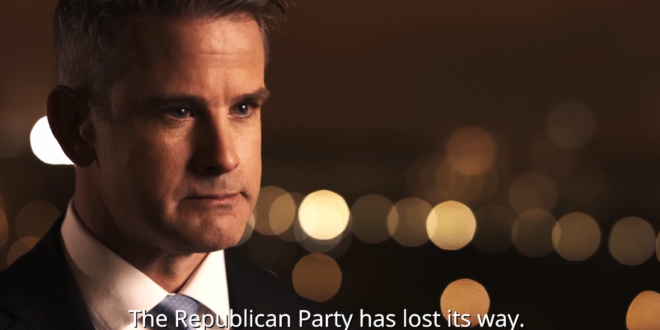 Rep. Adam Kinzinger (R-Ill.), one of 10 Republicans to vote to impeach Donald Trump earlier this month, has launched a new leadership political action committee that is designed to become a financial engine to challenge the former president’s wing of the GOP caucus and stand up against a leadership team still aligned with him.

Kinzinger, a onetime star of the 2010 Tea Party class, said the Jan. 6 insurrection at the Capitol served as a final breaking point for the direction of the Republican Party, providing a stark divide between those who want to continue a path toward autocracy and those who want to return to traditional conservative values.

Previous Chris Wallace: The GOP Is More Outraged About Liz Cheney Than They Are About Their Loony QAnon Rep
Next Newt Gingrich: “Lynch Mob” Democrats AOC And Maxine Waters Want To “Destroy” QAnon Rep Greene