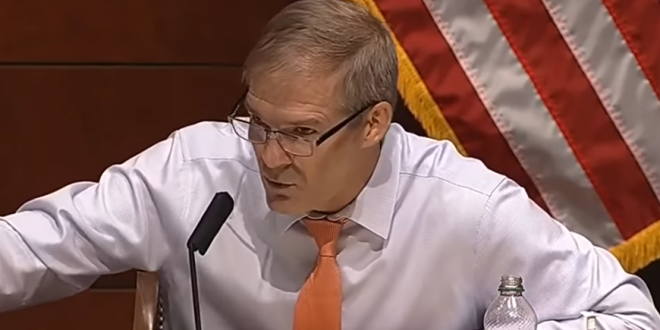 “I think she’s totally wrong,” he said. “I think there should be a conference and have a second vote on that,” he added.

Some context: Cheney, the No. 3 House Republican, announced Tuesday she would vote in favor of impeachment, issuing a scathing statement that charged there had “never been a greater betrayal by a President of the United States of his office and his oath to the Constitution.”

GOP Rep. Jim Jordan says he will move to oust Rep. Liz Cheney from her role as House Republican Conference Chair after she announced she will vote to impeach President Trump https://t.co/aii4lSAyzd

Previous Facebook Sees Rise In Plans For Inauguration Violence
Next REPORT: White House Intimidating Republicans Who “Fear For Their Lives” If They Vote For Impeachment