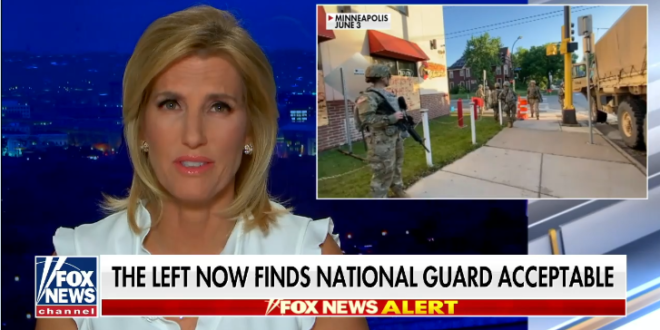 After resisting Trump’s calls for the National Guard last summer, the left is now fine with militarizing every aspect of the people’s house.

Fox News reporting that officials will increase the numbers of National Guard members who will be deployed in Washington during the presidential inauguration from 15,000 to 20,000 on Wednesday, about three times the number of U.S. troops currently deployed to Iraq and Afghanistan combined.

So, is this all necessary? What’s going on? I saw this and I keep hearing from people are driving, trying to drive to their offices on — near Capitol Hill and they said they’ve never see anything like it, not at any inauguration, not at any time in our nation’s capital except 9/11. Is this necessary?